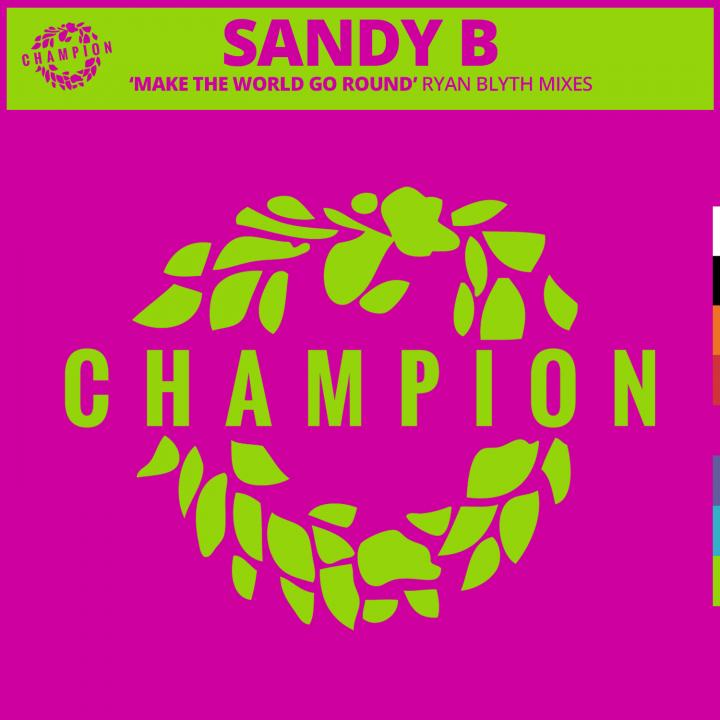 Celebrating  Champion Records’  landmark  35th anniversary  this year,  leading  UK house producer Ryan Blyth  delivers a stunning reworking of the label’s 1996 classic from Sandy B, ‘Make The World Go Around’, released on 29 May.

Returning to Champion Records following his acclaimed remix of Robin S ‘Luv 4 Luv’ last year (which has achieved nearly  2 million streams on Spotify alone), Ryan Blyth retains all of the magic which made Sandy  B’s  Deep Dish produced  original mix of ‘Make The World Go Round’  such a huge hit when it was originally released  –  hitting No.1 on Billboard's Dance Club Song Chart.

One of house music’s most iconic and loved tracks, ‘Make The World Go Round’  was one of Ryan Blyth’s earliest vinyl purchases.  “It  was  such a pleasure to remix the original”, Ryan Blyth remarked. “It’s a record I never forgot, with such a simple bassline – often the simpler the idea, the better!”

The highly uplifting ‘Make The World Go Round’ with its feel-good message of positivity couldn’t be more fitting in these current times. Ryan Blyth wanted to give his remix a “carnival feel”, emphasising the middle part  – “imagine that in a big club…. the crowd would go mental!”.

Ryan Blyth’s remix of Sandy B ‘Make The World Go Round’ will be released as a shorter Vocal Remix; an Extended Vocal Mix; and a Club Mix.